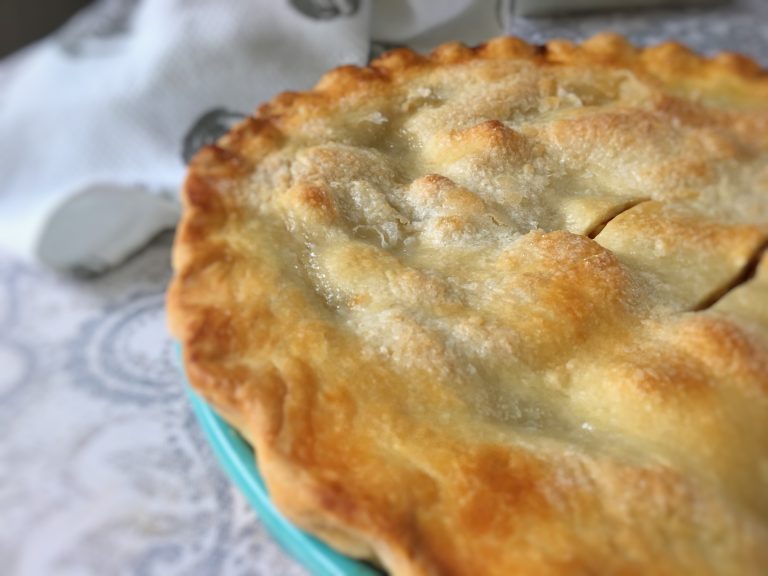 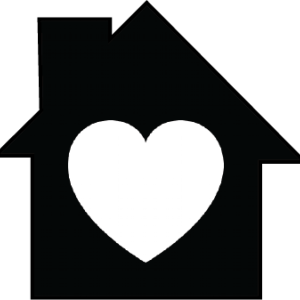 Making Pie Crust 101 shows step-by-step using photos, video, and written instructions on how to make a traditional pie crust for all kinds of pie.

Is there anything more wonderful than biting into that flaky, rich, tender pie crust? It’s heavenly how the crust envelopes the delicious tang of tart red cherries, the juicy sweetness of freshly picked peaches, the mellow sugary flavor of pear, and the sweet cinnamon spiciness of apples?

A tender flaky crust adds a divine contrast to the rich, creaminess of the various cream pies. Chocolate, banana, and coconut cream, and custard pies are all made complete by the crust that holds them together.

The crust is the foundation for any pie. It’s also the one step in pie-making that scares people away from making a pie from scratch. This article, Make Pie Crust 101, and the video will walk you through the steps in making a great traditional pie crust.

I’m here to help with conquering that fear of making pie crust.

A clarification about the 1 1/2 cups of ice water: I have found that most recipes calling for 5-8 tablespoons of ice water just don’t offer quite enough water. I like to have 1 1/2 cups of ice water set aside so I can add water a little at a time while mixing without having to stop and chill more water. The cold temperature of the water is what binds the dough together. This is where the “feel” comes in. If you use less than 1 1/2 cups, that’s just fine. What matters is getting dough the right consistency, not following the recipe to the letter.

Making a pie crust is as much an art as it is a science. There’s a “feel” to it that is gained with experience. I hope the photos and the video provide you with a visual of that “feel.”

First, put the flour, shortening, and salt into a large mixing bowl.

With the mixer on the lowest speed, mix these ingredients together until the mixture resembles coarse crumbs or quick oatmeal.

Slowly add ice water to the mixture a little at a time and mix slowly with the mixer until a dough that you can shape with your fingers forms.

There. Now your pie crust is ready to be shaped into a ball.

Next, shape the dough into a ball and place it on a lightly floured surface.

Cut it in half.

For a two-crust pie, roll one-half first. Roll the dough until it is about 2 inches wider than the diameter of the pie pan.

Gently lift the edges of the rolled dough and fold in half.

Carefully lift the edges of the dough and fold again in a quarter-fold.

Gently pick up the dough and place it in the pie pan.

Unfold the dough in the pie pan.

Next, trim the edges of the crust with a sharp knife.

Then fill with the pie filling.

Roll out the other half and place it on the top of the pie following the same procedure as for the bottom crust. Then pinch the edges of the crusts together.

Use your index fingers and thumb to make the traditional ripple in the edge of the crust.

Brush the crust with milk or cream and sprinkle with sugar for a pretty finish. Finally, bake the pie according to recipe instructions for the particular pie you’re making.

For a one-crust pie, only roll out one of the halves of the dough. Put the other half in the freezer to use later.

If you’re making a cream pie, such as Banana Cream, Coconut Cream, Chocolate, Lemon Meringue – any pie that is served chilled – you will bake the crust in the oven at 400° for about 15 minutes. Then let it cool and fill it with your recipe’s filling.

If you’re making a baked one-crust pie such as Pumpkin, Sweet Potato, Custard, or Southern Bourbon Pecan Pie, etc., you will pour the filling into the uncooked crust and bake everything at once. This is also done with a quiche (which is basically just a savory custard pie).

I love making pie. Making a pie from scratch is kind of becoming a lost art. I hope you’ll try making a pie and make the crust from scratch. There’s no shame in buying a refrigerated pie crust. If you don’t enjoy the process or don’t have time, that’s perfectly ok. You have to do what works for you.

For me, it’s easier to just make it because I always have the ingredients on hand and now that I’m experienced I can turn out a pie crust in about 10 minutes.