Make this fun Fourth of July Dessert that is cool, fruity, creamy, and easy to take along to a cookout. Kids and adults will love it. You will love the convenience of a Mason jar dessert that is easy to make, tasty and portable. 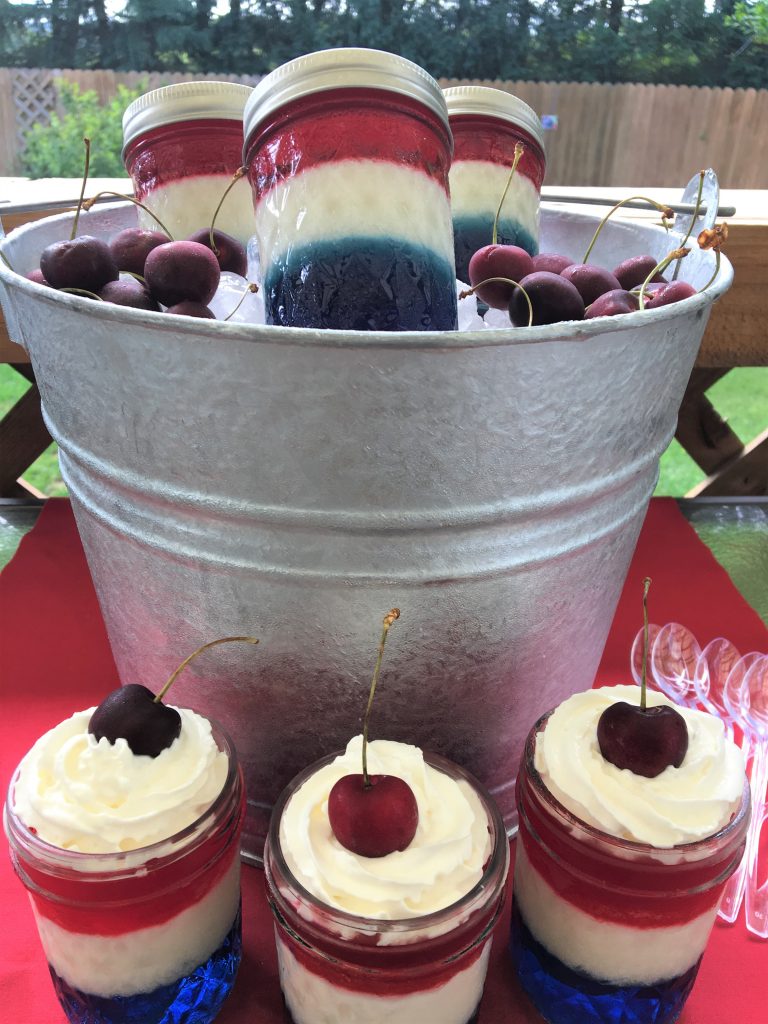 Print and create this FREE festive banner courtesy of Loving the Home Life to decorate a food table, hang on a deck, wall, fence, anywhere you want to liven up the party with red, white, and blue. 🙂

How to Make Your FREE Happy 4th of July Banner

Print your banner on card stock.

Fold the white top down on the back of the pennant.

Tape the flap over a string to adhere it to a banner, and complete the letters of each word to complete the banner.

Hang the banner where ever you want to decorate your cookout. 🙂

How to make the Fourth of July Farmhouse Dessert

In a small bowl, dissolve the unflavored gelatin in ½ cup of boiling water.

Heat the milk in a small saucepan to just below boiling on medium heat. Stir in the softened unflavored gelatin and sugar and stir until dissolved. Remove from the heat. Stir in the sour cream and vanilla until smooth. Let it sit and cool to room temperature.

When the white sour cream mixture is set, make the red gelatin by adding the package of red gelatin to 1 cup of boiling water. Stir to dissolve. Add 1 cup of cold water. Let it sit and cool to room temperature. 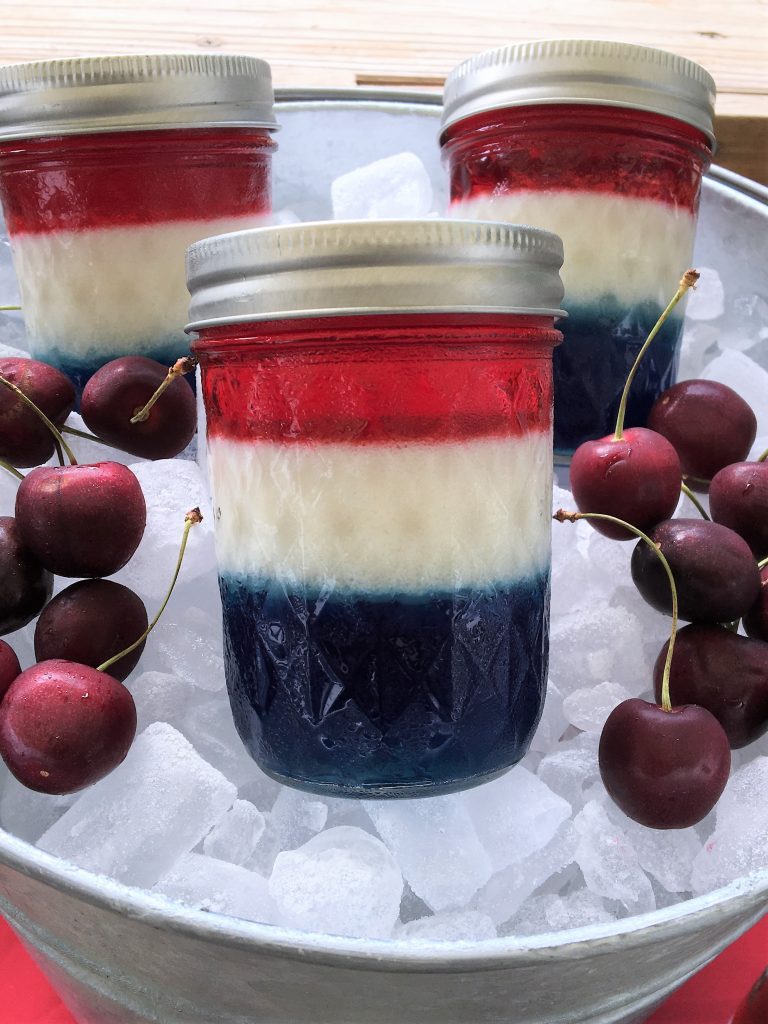 When the red gelatin is set, they are ready to either serve or be transported to the party.

To transport them to a cookout, put the lids on the jars and pack them upright in a cooler in ice. Pack Reddi Whip and cherries on the ice in a cooler as well.

Keep them on ice until they are ready to serve. 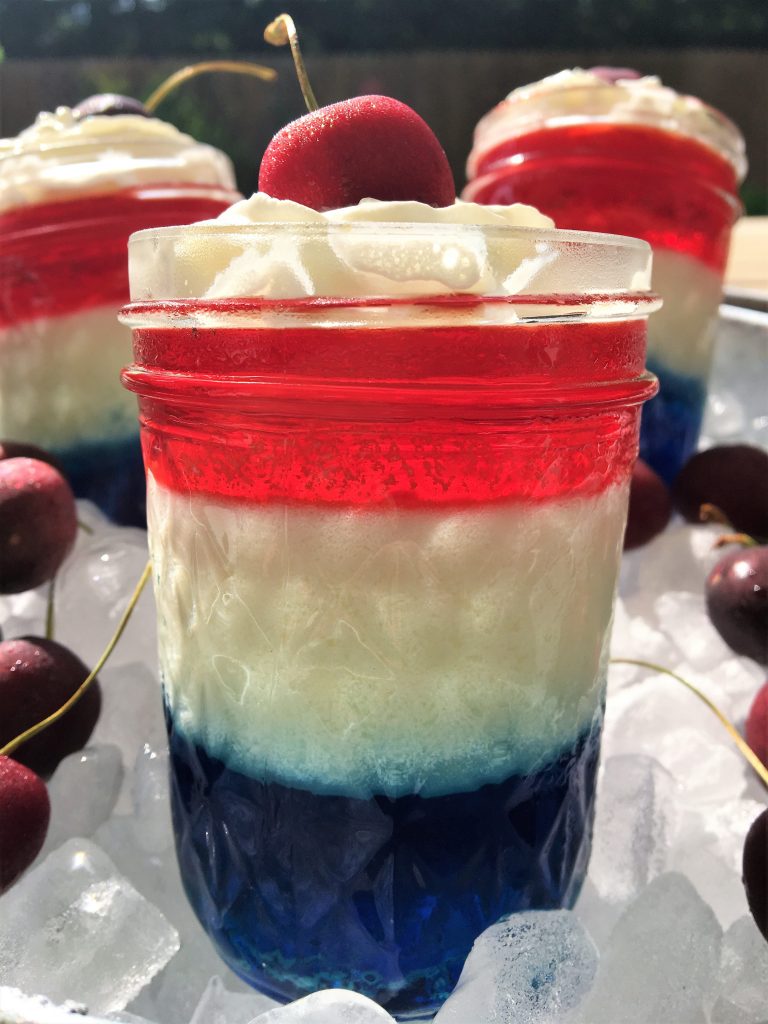 To serve, top with Reddi Whip and a cherry. Remember to pack plastic spoons for serving! 🙂

For the Farmhouse Dessert:

For the Happy 4th of July Banner: